OK
OK
Something went wrong, please start again.
OK
If you wish to change your selection, you will need to start the package again. Would you like to restart your select for all items in the package, or continue with the currently selected options?
Restart Continue
OK

1608 Dundas St W, Toronto, ON M6K 1T8
Please be aware that the system is unable to assign all the seats you have requested together in a single row.
OK 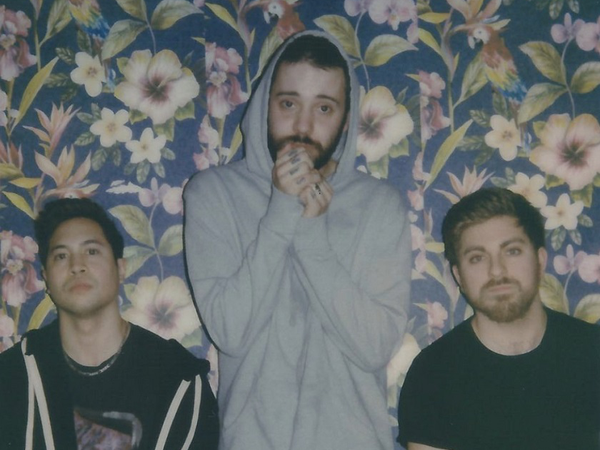 With Nightwell, In Case We Crash & The Mooks

F7 Entertainment Presents
Selfish Things
With Nightwell, In Case We Crash & The Mooks

8 Max Ticket Limit
Accounts found in violation of the posted ticket limit may be cancelled without notice. 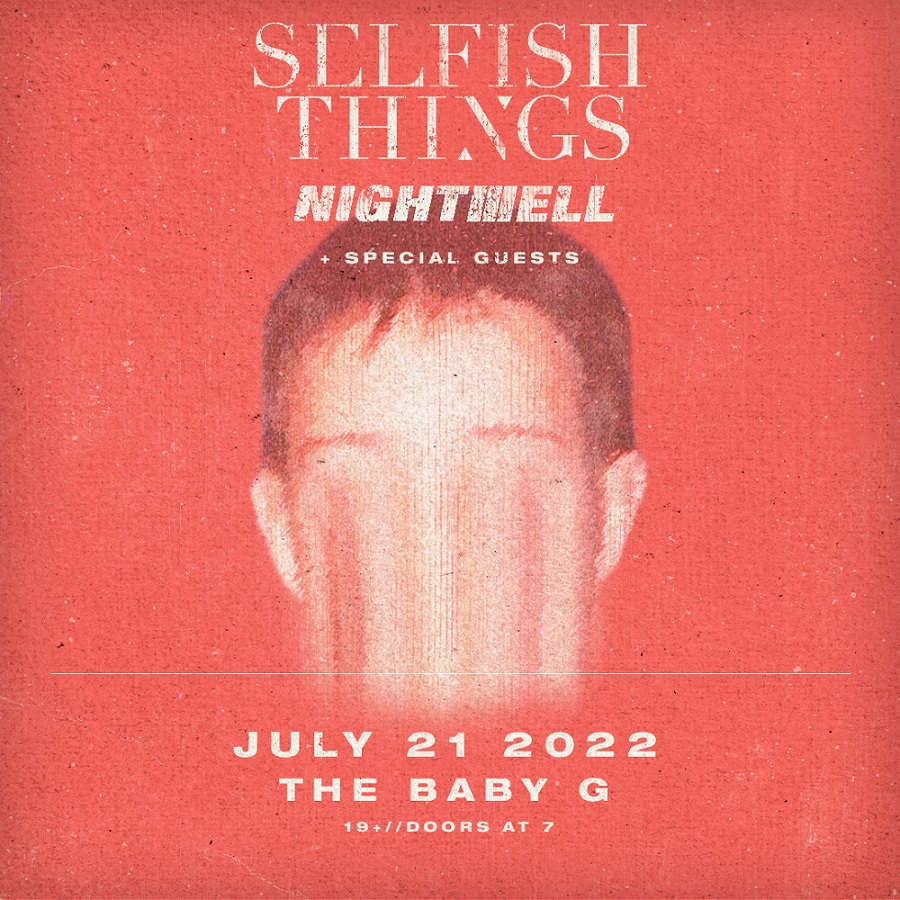 Selfish Things aren't afraid to make you uncomfortable. The planet is burning, diseases are everywhere, and nobody knows what tomorrow will bring.

Unabashedly raw and deeply honest, the band were primed to explode after the release of their Billboard-charting debut album Logos (Pure Noise Records) in September of 2019, but were forced to put their career on hold as the COVID-19 pandemic swept the globe. After constant touring (with the likes of Simple Plan, Don Broco, Boston Manor, Set It Off and more), the rest didn’t quell the Toronto band’s fire so much as stoke it.

Alex Biro, Mike Ticar and Cam Snooks view problems faced as an essential part of the human experience. Selfish Things write music to help lift the world up. In their time off, they expanded their personal worldviews, thereby preparing themselves to lift up those they share their worldview with—much like the globe on Logos’ cover. The striking image, captured by creative visionary Ashley Osborn, serves as an apt metaphor for the world cracking at its seams and a message of hope—as a piñata it’s light enough to carry.

Biro grew through turning to another passion: education. His studies touch on all of the above, digging into environmental studies with a minor in religion, through which he can dissect death and final judgment, and how that permeates modern American political discourse. He’d never claim to be Carl Yung, the Swiss psychologist and philosopher whose theories and work inspired the title of Logos and much of its poetic ponderings, but he views the world through a similarly studious lens.

That relatable writing and Logos’ diverse soundscapes helped the album break into multiple US Billboard charts: #2 Alternative New Artist, #12 Top New Artist, #38 Current Rock #41 Current Alternative and #96 Top Current. This success compounds with worldwide music video play in Hot Topic, a solid home country base in Canada and a British boost via constant BBC Radio 1 play thanks to the influential Daniel P. Carter, who did the cover art for 2018 EP Vertical Love and deemed it the “rockest record.”

Yet they grew on Logos, less like a tree toward the light and more like its roots, expanding in every which way to create a beautiful lattice and strong base.

That was helped along by guest appearances from Andy Leo (Crown the Empire), Spencer Chamberlain (Underoath) and former Selfish Things tourmate William Ryan Key (ex-Yellowcard) and was produced by WZRD BLD, whose career has exploded since via work with Lil Peep, Lil Wayne, Ice Nine Kills and Motionless In White.

It’s with WZRD BLD (né Drew Fulk) whom Biro discusses the difficulties of love at the start of “Drained,” with the introspective musician referencing the Talmud’s declaration that being with someone your whole life is harder than parting the Red Sea.

So it is for this Toronto trio. Delving into the deepest parts of your psyche and life experience is far from glamorous, but their relationship with music is an imperative.

Through their shared hardships and understanding of heartache, they craft melancholy songs for optimistic realists that offer a grounded sense of hopefulness amidst the chaos of being.

Sure, life is hard and no one makes it out alive, but we’re all in this together. We can let the existential dread break us, or we can make the most of the time we have at this moment. With exquisitely-crafted and ambitious songs, Selfish Things petition for the latter.

It seems you already have an order in-progress. Please finish or cancel your existing order before starting a new order.

Your order is already cancelled.
Close
Sorry, your session has expired.
Restart
You need to enabled Cookie to purchase ticket online